I’ve just looked at the date of the last post I made and, wow, it’s been a long time. A really, really long time.  I thought it had been a few months, but a hectic year has just flown by and here I am again after another massive hiatus.  For some reason, small children are sort of distracting – having two aged two have been somewhat all-consuming.  Adding in nights of not much sleep and well, I’ve been doing stuff in dribs and drabs, then neglecting to post it here.

I’m also dipping my toe into Instagram (here I am!) and am trying to figure out how to use it best in conjunction with the blog and other web stuff/social media. 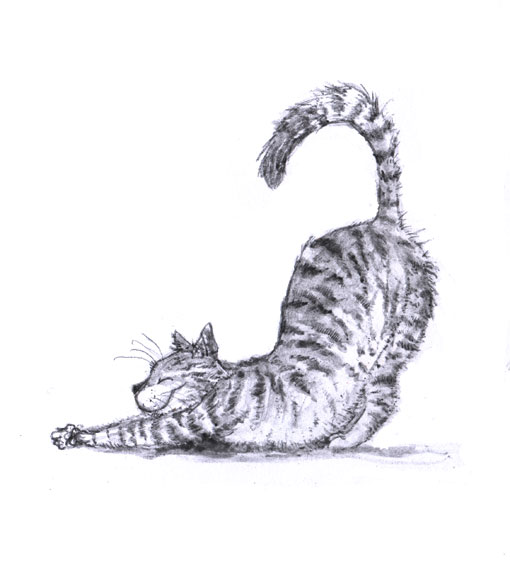 This was done a very little bit with pencil, but mostly in something called Derivan Liquid Graphite, and it is great.  It’s like painting but with graphite, and has a lovely smooshy slightly grainy thing going on (technical stuff) and you can push it about and even erase it to some extent (if you get the rewettable type).  I’ve been using watered down Indian ink to build up layers, but this is a nicer, easier way to do it for me.  Miau!

One thought on “Catching up”